I had a lovely tweet from a former client: “2 years later, I’m still finding this useful”, he wrote, underneath a worksheet I’d sent him on how to tell TRUE Stories. 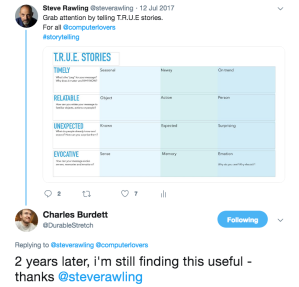 You should try, I’d told him, to make your stories Timely, Relatable, Unexpected and Evocative if you want to grab people’s attention.

Lately I’ve been thinking harder about how to be relatable, in other words, how to say something that will make sense to your audience in terms they understand. Obviously, the first step here is to Know Your Audience (see Chapter 1 of my new writing course). But what if you don’t know your audience that well. What if you’re talking to an international audience who don’t share your cultural touch-points? Are there some words you can rely on more than others to make that all important connection?

“Short words are best”, said Winston Churchill, “and old words, when short, are the best of all”

Why are short words best? According to this wonderful editorial in The Economist, written entirely in one syllable words:

“They are clear, sharp and to the point. You can get your tongue round them. You can spell them. Eye, brain and mouth work as one to greet them as friends, not foes.”

And why are “old words, when short, best of all”? Well, like The Economist says, we greet them as friends, old friends we understand well. So how can we use old words to make people understand what we’re trying to say? Here’s what I suggest:

Old words that are commonly used, describing shared human experiences, are most likely to be understood by any audience. 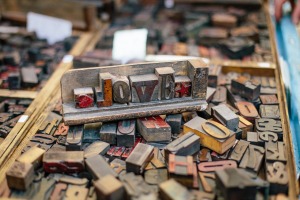 First, let’s look at old words, commonly used. There’s a Darwinian survival of the fittest going on here. Old words survive in our language if they are deeply useful.

English is rich in terms from our nautical past, like “taken aback” or “batten down the hatches”. These were deeply useful words when around a tenth of British men sailed in Naval, trade or fishing fleets. But many similar words sank from common use as steam replaced sail. Nobody today knows what it means to clew, frap or gybe (apart from hardcore Hornblower fans).

As an island nation, you’d expect the English language to have deep ties to the sea. But every language has deep ties to the land, and many of these words overlap. From Macedonia to Portugal, many Indo-European languages have similar words for the humble sheep: owca, ovce, oveja, овца, ovelha, ouaille, all resemble the English word ewe. Researchers think old words like this point to a family tree of language, spread across Europe and Asia and dating back to the last Ice Age. They also found that “words used more than once per 1,000 in everyday speech were 7- to 10-times more likely to show deep ancestry on this tree.” 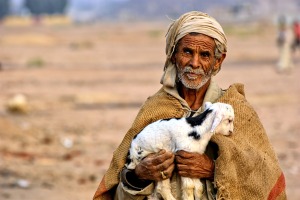 As the world becomes ever more interconnected, some old words hold out, resisting the spread of Anglo-Americanisation. “Fire, water, blood and bone” sounds like a recipe for Macbeth’s witches, but they’re actually in the top ten words that show greatest “semantic stability” across the world’s many languages. This means they are least likely to be replaced by newer words as the language evolves. A quarter of the old words on the Liepzig-Jakarta list are about humans: body parts, pronouns or kin. Then come animals, food, weather, the world around you (rocks, wood, sand) and the verbs you need to deal with it (do, make, hit, carry).

Now, let’s look at words describing shared human experiences. The Liepzig-Jakarta list sounds like a phrase book for cavemen. How useful is that? Shouldn’t we be looking for words that go beyond carrying rocks or hitting animals? Here’s where the list of Human Universals comes in. This is a list of human traits and behaviours that have been observed in every human society known to history or ethnography. There are hundreds – it’s a joy to read.

Every human has a facial expression for anger, joy, sadness and fear AND has a poker face, intended to hide emotion. Every human society has age hierarchy, gender inequality AND a sense of fairness. Every band of humans uses gossip, gestures and gift giving. We all understand time, tools and toys. We all love magic, marriage and mealtimes.

So when you are searching for a way to get your message across, for a new metaphor to replace a tired cliche, look no further. In these lists of old words, commonly used, about shared human experiences you will find something you can relate your work to. You will find words that others will always understand.

More tips on how to keep your writing simple.